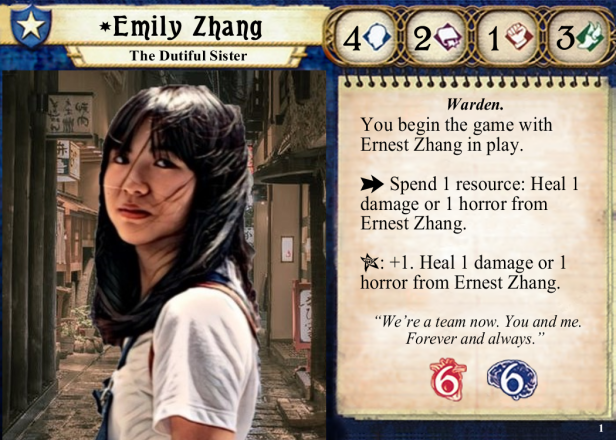 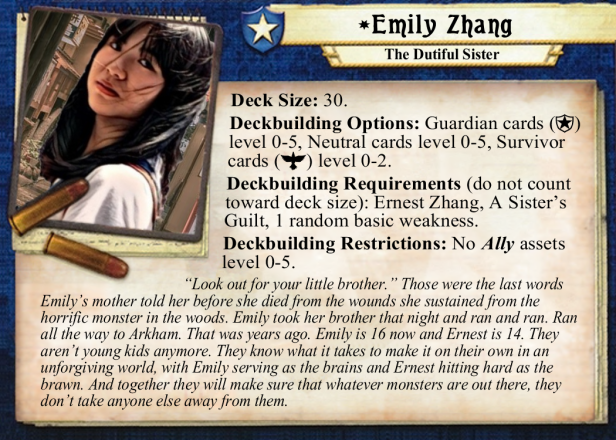 It’s an unimaginable horror to have to watch your own mother die. Emily watched hers bleed to death in the woods when she was just 7 years old, after witnessing her being attacked by a dark, goat-like beast that seemed to vanish just as quickly as it had appeared. “Look out for your little brother,” her mother said, before breathing her last. Scared of what might happen next, Emily ran back home, grabbed her brother Ernest, and ran. Together, they kept traveling as far as they thought they needed to finally be safe from that monstrous thing, spending years moving from place to place, scavenging for survival, always on alert, until they finally made it to Arkham, a quiet, peaceful town where they could at last settle down and be safe. Now 16 and 14, Emily and Ernest are ready to move on with their lives and put their traumatic past behind them. Arkham, however, seems to have a darker side that the Zhangs have yet to witness. Whatever comes for them, they are committed to facing it together.

Emily Zhang is a Guardian/Survivor, who is really two characters in one – herself and her little brother, Ernest. Protecting Ernest and making good use of his bonuses is crucial to playing Emily Zhang. By herself, Emily’s stat line is poor, especially for a Guardian. While her Will of 4 makes her stalwart enough to stand up to many treacheries, her 1 base Fight will do very little to protect her from any monsters. Altogether, her stats add up to 10, which puts her lower than many other investigators who start with 12. Further, her health and sanity of 6 make her quite fragile. Because Emily is so deeply committed to protecting Ernest, she refuses to bring any other Allies with her, making her even more vulnerable to attacks.

Thankfully, she has her brother Ernest to help her out when the game begins. Ernest gives his sister +3 Fight, putting Emily at 4 Fight total, with a stat line that now adds up to 13, which is 1 point above the norm. With Ernest’s experience helping the two of them survive, he is more than capable of handling weapons, tools, and the like. Ernest has two hand slots Emily can use – a huge boon. Ernest also has 2 health and 2 sanity, giving Emily a pool of 8 health and 8 sanity total. Again, with Ernest available, Emily finds herself slightly ahead of other investigators.

Since Ernest is so critical to Emily’s survival, you absolutely must protect him! This is reflected in Emily’s signature weakness, A Sister’s Guilt. If Ernest is not by her side or is hurt in any way, Emily will feel deep guilt for putting him in harm’s way. She takes 1 mental trauma for failing to protect him. 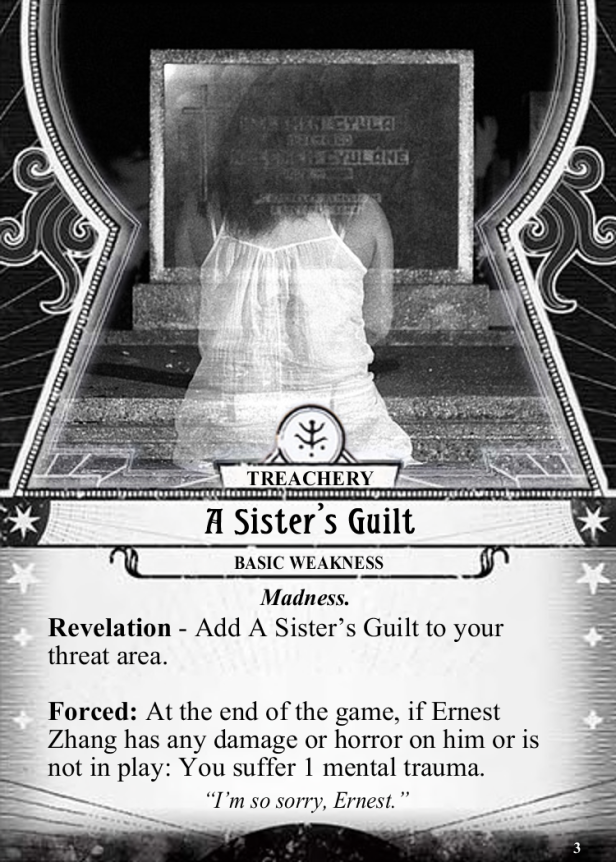 Thankfully, Emily and Ernest know how to stay healthy and sane in this cruel world. Emily’s investigator ability also allows her to spend 1 resource to heal 1 damage or 1 horror from Ernest. Meanwhile, if Ernest would leave play, Emily can spend 4 resources to immediately put Ernest back into play! While you may think this allows you to take hits forever, provided you have money, you have to be careful. If your timing is off by even a little bit, A Sister’s Guilt can traumatize you. Furthermore, you still lose your 2 hand slots on Ernest after he leaves play, which may result in critical assets being discarded. It’s up to you how you prefer to play with Ernest – healing him with an action and 1 resource or putting him back into play with the 4 resource price tag. Keep in mind that since Emily lacks a way to generate additional resources inherently, spending all your resources on protecting Ernest can leave you with nothing left to pay for your assets and events.

Role on a Team

Emily will do well as a primary fighter. With Ernest’s hand slots, she can bring a whole arsenal of weapons to the table. She could hold a Flashlight and a Machete while Ernest holds a Lightning Gun, and suddenly you have options for investigating, fighting small enemies and fighting big enemies. Since she wants to protect Ernest, she also will want to pack a few support tools. Kerosene, First Aid, and Inspiring Presence can help heal both herself, Ernest and her team up. This means Emily should focus on taking down enemies, while also providing support. She can run a few clue-getting tools, too, such as Lantern, Newspaper or Flashlight given they will not compete with her weapons due to her abundance of hand slots.

Since you have lots of hand slots to work with, you can consider two-handed weapons in a way that other investigators probably wouldn’t. You can do crazy things like hold 2 Baseball Bats, and still have one available to fight with if the other one breaks. You could run Springfield M1903 with a Machete and a Blackjack and choose freely which one to fight with. Or, you could hold 2 Flashlights and a Shotgun, and alternate between investigating and taking down huge beasts. What Emily has that other Guardians don’t is unrivaled flexibility in how to use her weapons, provided that Ernest is in play. You need not choose between your Lightning Gun or your Lantern – with Emily and Ernest, you can easily have both out. However, again, you must always keep in mind that if Ernest falls, you will lose 2 hand slots and you will need to discard assets if you were using the now lost slots. It’ll be a bit of a balancing act to protect all the assets Emily is keeping her eye on!

Since Emily can’t take any Allies other than Ernest, she may want to take other things that will give her soak. Leather Coat, Cherished Keepsake, Bulletproof Vest, and Elder Sign Amulet are all potential options. An even better choice though can be to stack Trusted on Ernest. With 2 copies on Ernest, he turns into a 4 health and 4 sanity tank – definitely your not-so-little brother! Keep in mind though that giving him this extra health and sanity can make it more difficult to manage A Sister’s Guilt later on if you start stacking damage and horror on him!

One of Emily’s biggest issues is she can find herself strapped for cash if she tries to fill up all of her hand slots and pay Ernest’s healing costs. Emergency Cache can help. If you are pushing the support angle, Stand Together can help as well. Otherwise, you may have to curb your ambitions to spend, spend, spend for your hand assets, and simply choose less expensive cards instead.

Tricks With Allies and Base Skill Cards

While Emily refuses to include Allies in her deck, she still has an Ally slot, and she can get an Ally there if she chooses to go that route. With Teamwork, she can bring an Ally to her side from her teammate. She can also use Flare to seek out an Ally from someone else’s deck. Don’t forget that you can still take Allies that are story assets, as they have no level. Emily can actually be the best investigator to load your story Allies onto, since they will not compete with any other Allies in the deck.

Next, because Emily’s base Fight is 1, she can commit Rise to the Occasion when attacking most enemies, even though her total Fight with Ernest is 4! She can also use Against All Odds in a similar manner on her Fight tests, allowing her to be even more reliable on critical Fight tests.

Do you think you could guide Emily and Ernest safely through the mythos? And, will they be strong enough to protect their fellow investigators as well? Give this intrepid duo a try and let me know how it goes. 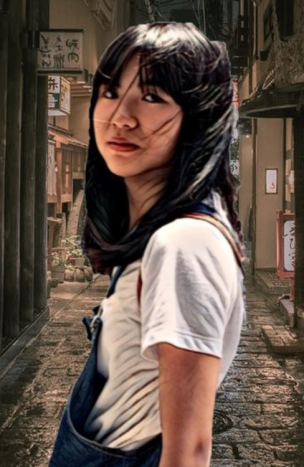 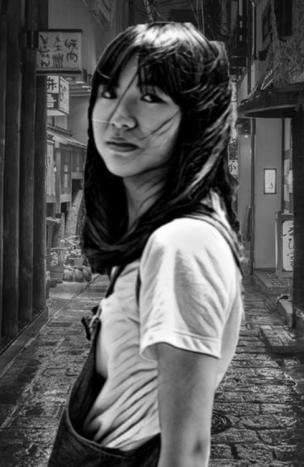